This artwork is no longer available to visit. Information on the commission is listed below. 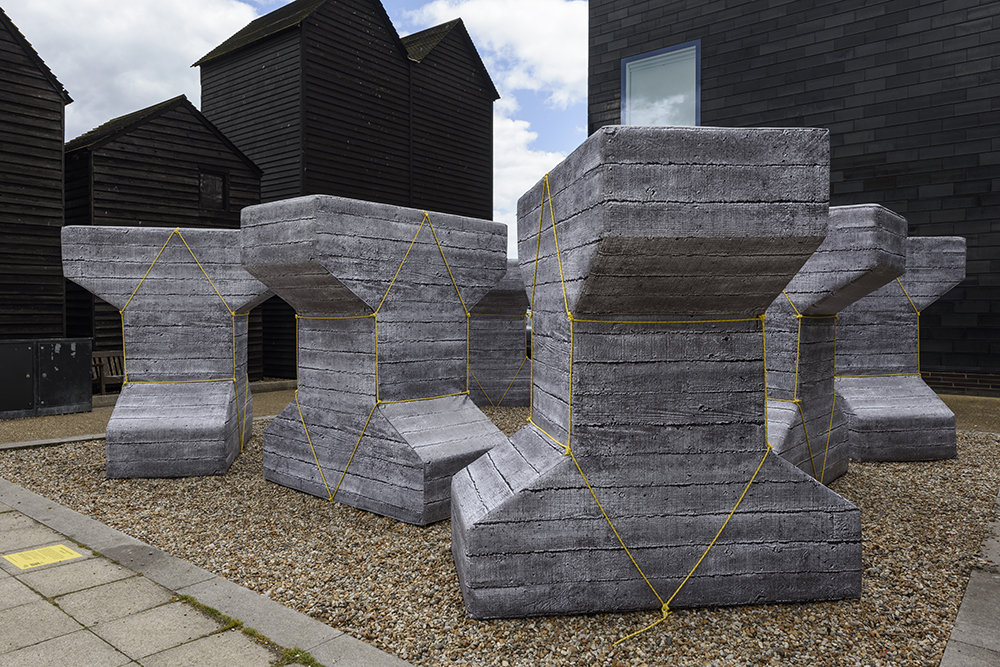 ‘Seawall’ is a collection of eight identical structures located in a small public square just outside Hastings Contemporary. The structures are made to resemble concrete accropode blocks that are designed to resist the action of waves on coastal locations. The work was the artist’s response to the gallery’s close proximity to the seafront, referencing the encroaching ocean and coastal erosion due to climate change.

Using the guise of human response to flooding through the invention of sea defence mechanisms, his work reflects on whether the border between land and sea can continue to be a habitable place.

Up close, these sea wall blocks are revealed to be soft sculptures, their concrete texture realised through digital printed vinyl. Arranged in the courtyard space, the blocks were comfortably reclined on like outdoor chaise longues, available for socially distant socialising. Visitors were encouraged to use the different elements as a meeting place, reconfigure them to form a wall, or to use them like toys forming a playground to climb on — the use was entirely for visitors to the work to decide.

From a distance ‘Seawall’ presents the spectacle of severe-looking structures being relaxed on, which might look rather odd to passers-by. Softening what at first appears hard, Angelidakis’ artwork queries the idea of the seawall, playing with people’s expectations and prompting questions while side-stepping any rigid definitions.

On being commissioned to create his work for Waterfronts, Andreas Angelidakis said: “We are living in a moment of unsure transitions, from what we used to know the world to be, towards an unpredictable future. This uncertainty manifests itself on many scales. We are migrants and we don't know if we will reach our destination, we are consumers inside a failed economic system, we are workers trapped in political systems that continue to look out for the well-being of the powerful. Finally, we are humans whose way of life is destroying our home, as well as the home of every other living creature. Standing on a beach, like Hastings, is the perfect spot to look out to what the future brings, to look out to the horizon.”

Andreas Angelidakis describes himself as “an architect who doesn’t build.” Instead, he utilises an artistic voice that switches between the languages of architecture, curating, writing, and the internet. His art is concerned with spaces, buildings, and the society that inhabits them, often creating environments for people to interact with.

Andreas Angelidakis was born in 1968, Athens, Greece, and lives and works in Athens. His recent exhibitions include ‘Softwalks’ at Fotogalleriet, Oslo (2021), “Demos- A reconstruction” at MOCA Toronto (2020), “I used to build my feelings, now I watch them leave” at La Loge in Brussels (2018), Documenta 14 in Kassel and Athens (2017). Currently he is working on a large-scale Soft piece with the Center for Heritage Arts and Textile in Hong Kong, a public installation in Switzerland, and exhibition design for “Yannis Tsarouchis” at Wrightwood695, curated by Adam Szymczyk. 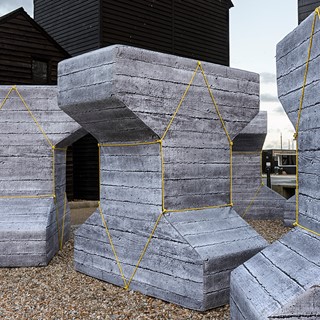 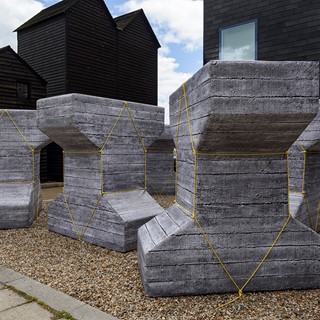 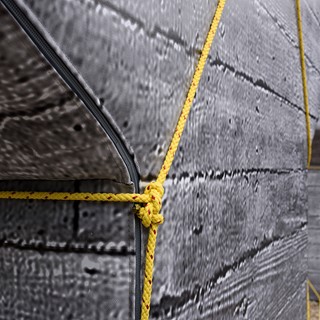 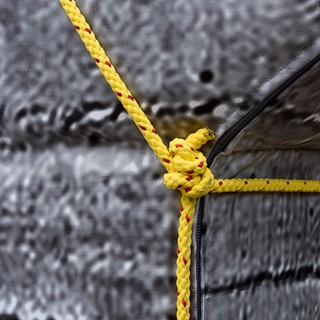 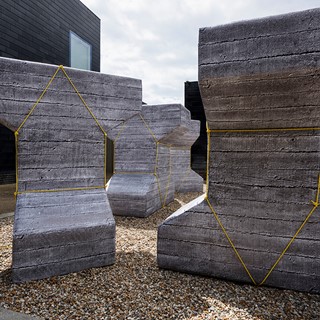